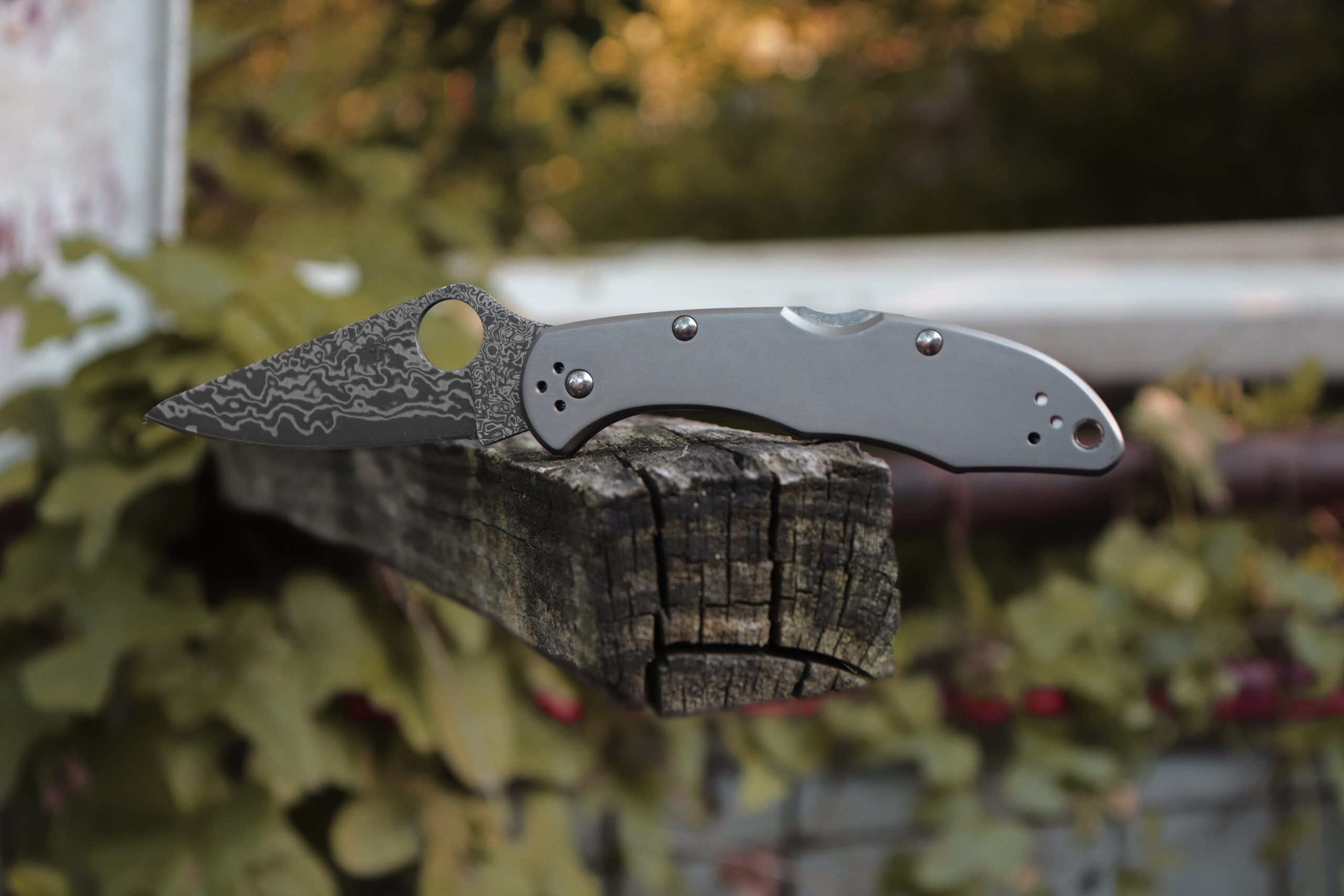 The Truth About Damascus Steel

Damascus steel has long been touted as a sort of “end-all-be-all” of knifemaking, as if it is the holiest of steel, keeping an edge longer than the most optimized stainless and carbon steel while being durable enough to cut through anything! Although some versions can be high-end and have the same properties as other high-end steels, it can also have the same properties as the infamous “Chineseium,” otherwise known as the steel used in gas station knives.

But where did all the hype come from? Well, I’m glad you asked because the story of Damascus is relatively unknown and confusing for most. It has several different supposed origins, all originating from the middle east. The first is the name itself, which has the root “Damas,” meaning water, which relates to how the blades have a pattern that can be described as “similar to water.” This would make sense in other languages which refer to it as “watered steel.”

Some other theories even refer to it as swords forged in the city of Damascus or by the swordsmith Damasqui who used crucible steel. But these origins are heavily contested, and most agree that true Damascus has been lost to time.

We know now that it doesn’t hold up to the myths of being able to cut through a gun’s barrel or cut a hair that falls across the blade; however, there are some things about the Legendary steel that we have been able to find out. It was mainly forged using wootz steel, a special version of crucible steel with a Damascus-like banding effect to the steel, and is a pioneer of steel alloy development.

Although the Damascus of the past was supposedly able to bend 90 degrees and come back to true and cut a hair in half as it fell in the air, its modern-day equivalent doesn’t have quite the same properties. Nowadays, it is made from forge welding different steels, sometimes in specified patterns, that would be acid etched to give it a Damascus-like finish. This method can produce a high-end blade, but it needs to have the right composition in order to be on par with the steel made today.

In the modern era, many companies use Damascus in their knife blades, but only a few higher-end forms of it are worth praising. Some companies make higher-quality Damascus, like Damasteel, Vegasforge, and Alabama Damascus, each with varying levels of finish. Still, some companies make what most people refer to as Pakistan Damascus, which uses low-quality steel to make their knives. Pakistan Damascus is typically used in less expensive knives and typically has a rough texture with no discernible pattern; it performs like low-end carbon steel.

The one brand of Damascus that stands out from the rest is Damasteel, which uses stainless steel to produce their product. This has led to their steel being one of the more reliable options for use in EDC and high-end knives. They also have a higher polished finish due to the stainless steel’s high polishability.

There are many more makers in the world, but the one thing I would keep in mind when choosing your knife is what you plan to use it for. As with all knives, your use will dictate what steel you should choose, but Damascus, in particular, is best for a showpiece or display;. However, it can have good qualities and work well for your use, the pattern has a chance of wearing over time which doesn’t affect the knifes performance, but personally, I would say it ruins that aesthetic.

So what do you think about Damascus after reading this? Did you learn anything new from this article, or maybe you have more questions you’d like to be answered? If so, leave a comment! We’ll do our best to get your questions answered!